The Monaco Impact Blockchain Talk was a Real Success!

The Monaco Impact Blockchain Talk was a Real Success!

On 18 October 2018, Monaco Impact held a Talk on Blockchain on MonacoTech’s premises, its brand-new partner whose young entrepreneurs will soon be mentored by some of Monaco Impact members. 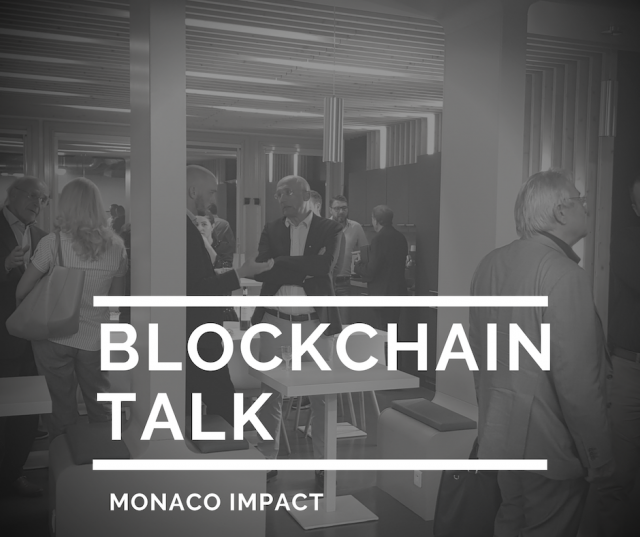 The Talk was led by Mihai Ivascu, one of Monaco Impact active members and CEO & Founder of both MoneyMailMe, an innovative micro-payment app that also allows its users to chat and share files with their friends in order to create a social experience out of payments, and Modex Tech, “a Smart Contract Marketplace that bridges the gap between developers and end users to bring the benefits of blockchain to the real world”. Mihai was also recently awarded “Forbes 30 under 30”.

For the event, Mihai came with three of Modex Tech executives so that Monaco Impact members and guests could hear from blockchain experts what is this new technology that will affect daily lives and business models in the near future. Not only did they explain how this technology works, but they also gave concrete examples of blockchain applications into the business life. Digital passports, tracking the production of apples or making sure that wine bottles are authentic were only a few examples of applications that were cited and that intrigued as well as surprised the audience.

The Talk was truly interactive as members of the audience did not hesitate to ask questions or relay their opinion. It was most likely so as the speakers made the audience realize that blockchain is the “new Internet”, the “new revolution” and that it will have a great impact on our societies, businesses and lives.

Mihai and his team highlighted throughout the Talk that what is on the blockchain is irreversible and that this technology will not only “affect but also enable business models in the future”. He ended the Talk with an impactful sentence, saying that “the magic of blockchain is when it becomes invisible”, which will inevitably take place in the coming years. 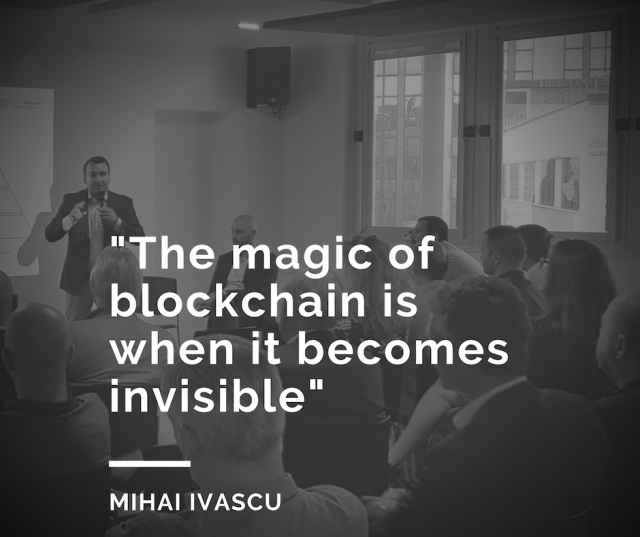 The event ended with a cocktail that allowed everyone to gather, network and exchange.

Thank to our speakers, what blockchain is and what its opportunities are is clearer, which will surely help our members to adapt their businesses to this technology in the near future. 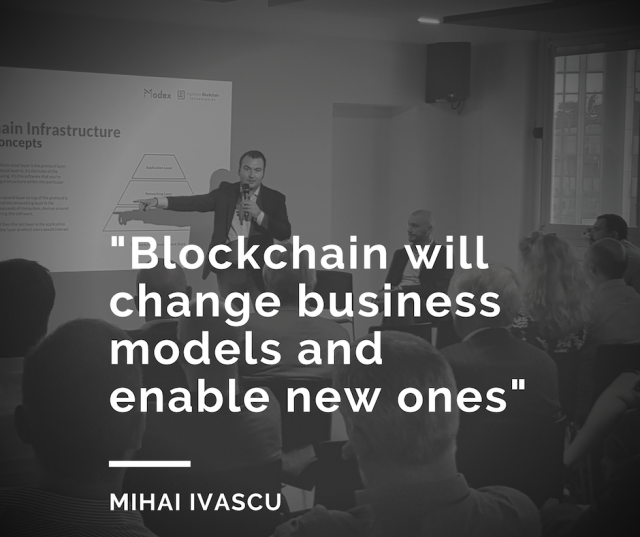